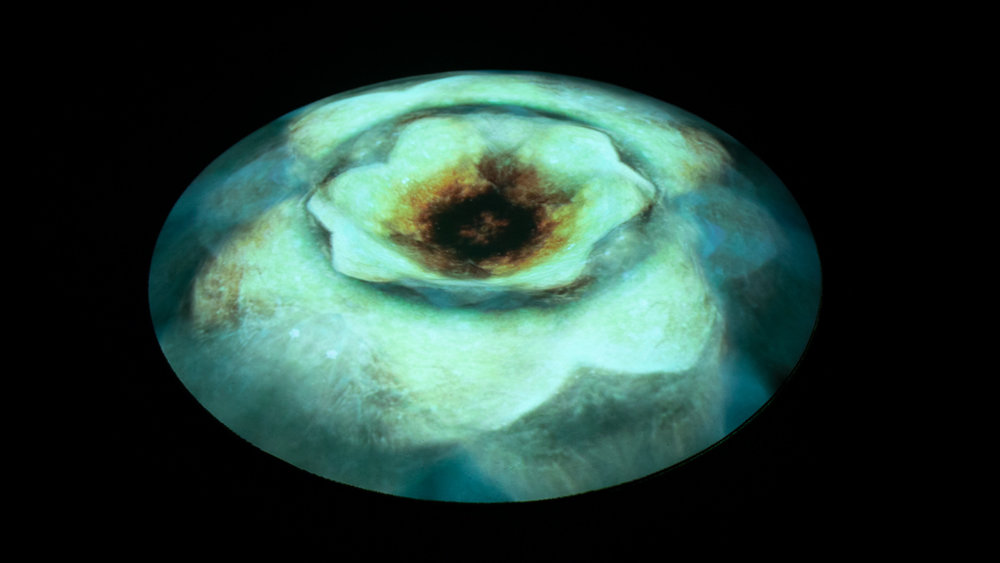 Environmental concerns are so urgent right now that it’s little wonder they’ve seemingly become a preoccupation in artists’ practice. Not that it’s a particularly recent phenomenon – these concerns are veined through contemporary art back at least to the 1960s. It’s just that now it feels like a default, or obligatory; a subject so momentous, so actually meaningful, that it can confer weightiness and (phew) relevance on something as obtuse and obscurantist and elitist as contemporary art. To protest the endless consumption, the pollution, to picket the epic midden our cultures are founded on is starting to feel like contemporary art could have something useful to do.

Hastings City Art Gallery doubles down on this by presenting two shows featuring video work, painting and sculpture directly commenting on our troublesome relationship with nature, or, I think more convincingly, registering our anxieties about it.

If there’s a New Zealand region vulnerable to anxieties about fresh water, it would have to be Canterbury, whose farms and economies not only suffer its lack in times of drought, but, like elsewhere, contribute to its abuse, and it is from here that The Water Project springs. Comprising over a dozen artists invited to participate in what seems like quite a rigorous process of research and consultation, the show divides between works of placard waving and consciousness raising, to pieces more meditative in approach.

Of the latter, I was particularly captivated by Bruce Foster’s murmur (2018), a suite of five monochromatic video ‘paintings’ in which change and movement play out eternally upon surface and through the bodies of various liquid states, not to mention the dark-bellied creep of clouds. As slow as a lava lamp, each image seems portentous, choked, too unsettlingly viscous to depict water as we’d prefer to see it. No surface reflects glinting sunlight, but is instead a medium for strange clotted abstractions, parasitical cellular intrusions.

Jenna Packer’s large-scale history paintings employ the visual language of early colonial art to depict the ‘opening up’ of New Zealand’s hinterlands to commercial and foreign cultural interests. Gangs of loggers carve into the bush to open vast plains upon which monstrous Trojan cattle are wheeled or constructed. As you are drawn closer to the teeming landscapes, dozens of strangely anachronistic details emerge; convoys of tankers, Transpower pylons, SUV’s, a dilapidated caravan and awning.

The works comprising the gallery’s other show, Abject Failures, are variously positioned about the foyer. This space hardly ever shows work to best effect, it’s just too liminal. Which, of course, makes it ideal for a show like this, funny and punk, which just itches to spurn the securities of taste and value perpetuated by ‘white cube’ galleries in favour of being hung in awkward contexts or just too near the toilet. The value and valuing of matter is the beautiful reduction to which art is subjected here. It’s exactly the kind of corrective that a culture so profligate and mindless in its consumption needs. On the other hand, it’s also a valuable reminder of the presence of the physical for a culture so distracted within the thin realm of data. The high point is Georgina Watson’s Settler Slut (2018), a degraded candelabra, where, as in Jenna Packer’s paintings, history is revised through anachronistic imagery to reveal its subtler toxins.

One thought on “The Water Project / Abject Failures”