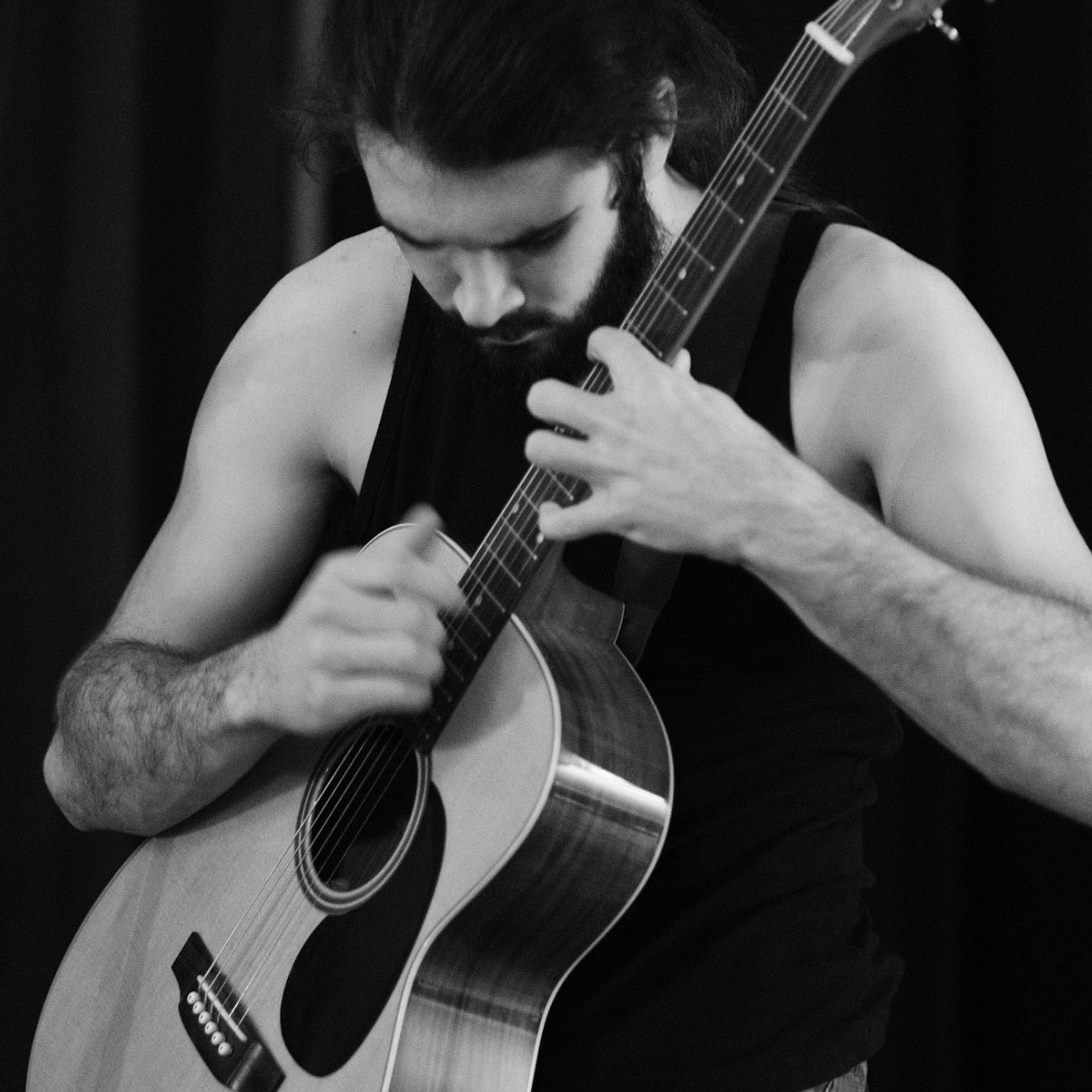 I really like this musician. Self-taught. Picking up the guitar when he was sixteen. Fraser humbly smiled and said in a smooth voice “It’s not when you start, its how many hours you put in”. As a gardener is born with a ‘green thumb’ Fraser was born with ‘chicken picking fingers’ (his words), a melodic voice, with an aptitude for song writing.

The intimacy of this gig – a small but dedicated audience – added to the intensity of the performance. The atmosphere was so charged one young women literally threw herself at him. Fraser played a mixture of covers ranging from AC/DC to Fleetwood Mac with a truly original and refreshing arrangement of Michael Jackson’s Billy Jean. His originals have a maturity that belie his youth. The lyrics are written from the heart, sung with passion, and played with supremacy from his acoustic guitar.

Mack uses his whole guitar. The neck, the body, the strings. The entire instrument is exploited. It is his percussion that creates the melody, and makes the performance. It’s guitar gymnastics, the instrument was played with great dexterity from all angles. Fraser applied such force and velocity, he broke two strings and, I’m sure, had very sore fingers by the end of the gig!

It’s the humility of this man that really struck me. He doesn’t have an ego, he plays for himself as well as his audience. On one occasion he looked up and questioned us “too intense?” We all shook our heads. By this time the audience were rocking. Some had left their seats and were dancing front of stage. Others jiggling up and down at their tables. He had us entranced. His long dark hair hung around his face; simply dressed, he was his music.

Fraser’s appetite to indulge his fans matched his passion for music. He performed, with only one brief break, for almost three hours, his proud parents watching on, his father operating the audio equipment. When he finally decided (after many encores) he could play no more, the audience filled the sound space with gratitude and delight. A fabulous display of local talent in our very own local bar. If you get the opportunity to see Fraser Mack I truly urge you go, you will not be disappointed.