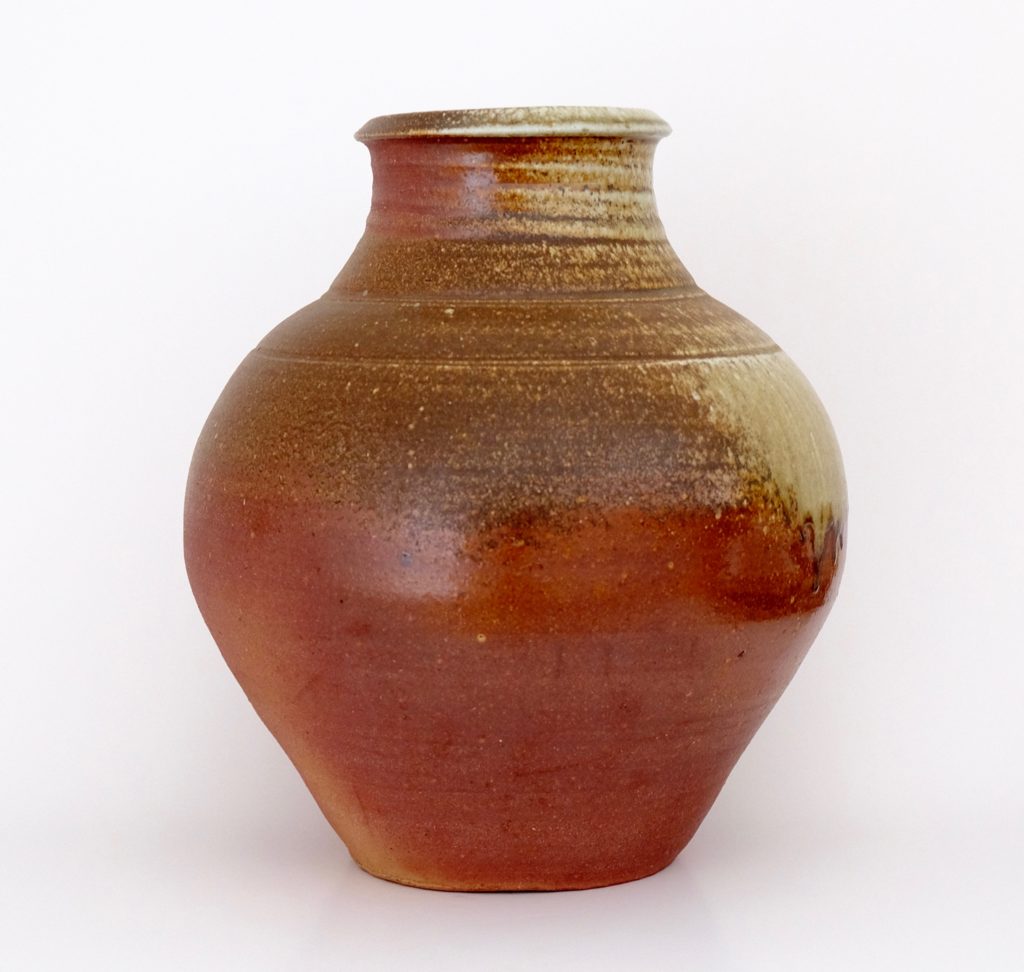 It’s unusual to experience a ‘white wall’ contemporary dealer gallery set with a mere ten brown pots atop a series of white plinths. The subtlety of what is close to a single colour focuses one’s eye on the form of these pots, made in the years up to 1990 by (the late) Estelle Martin and her husband Bruce.

Fired in their wood-fired anagama kiln (a low slung affair, which necessitates a very long process…sometimes up to two weeks !), these works were loaded into the kiln with no glaze, and all the colouration and glaze build up is the result of flame washing the pots, and ash building up on the surface, which melts with the extraordinary heat (around 1300 degrees C).

Serendipity of course plays its part. We see a number of works where the effects are muted – Hexagonal Jar is a good example. One of the strongest forms in the show, its cut or paddled sides have a low sheen that allows a clear reading of its rich surface, the darkened edges creating strong vertical lines, capped by the horizontal lid, which settles and anchors the upward dynamic form.

Other works are full of surface vitality, the dry clay surface flashing with oranges and browns, yet where the ash glaze has built up, the surface shines into greens, whites and occasional black flecks of the raw ash. Works titled Large Tsubo are the best examples of this.

Aside from the hexagonal jar, the forms include ‘squashed side’ cylinders (I suspect ideal for origami), swollen fat pots of varying sizes, and lugged water containers (mizusashi). These works have their origins in Japan of old; they are quiet works encouraging contemplation.  It was super to see them so beautifully exhibited – sufficient space between the works, and set at a height that enabled comfortable viewing.