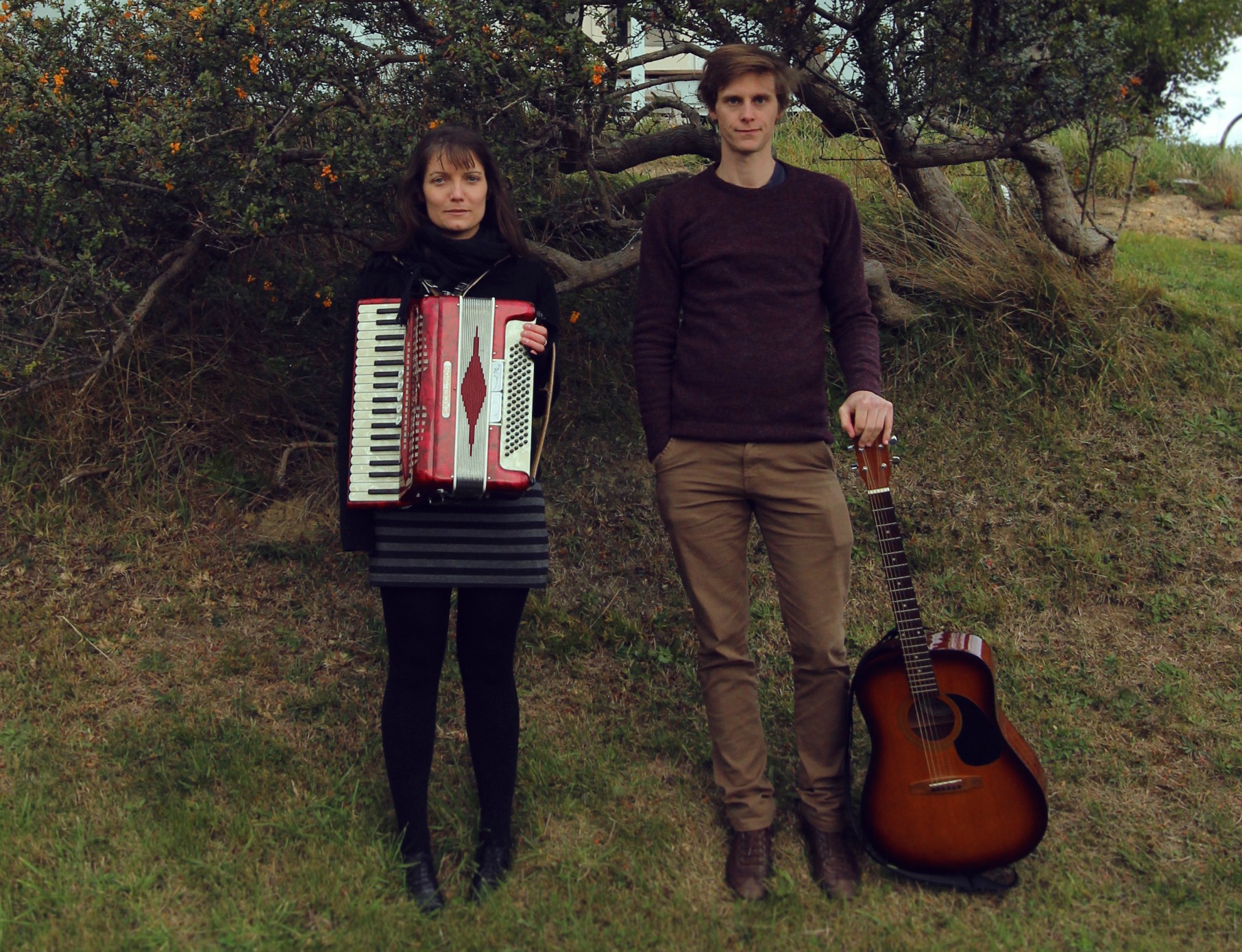 Some say work and love don’t mix, that it creates a world of complexities and problems and leads to inevitable break-up. Robin Cederman and Penelope Esplin of Grawlixes have taken their experiences as an ex-couple and have crafted music that is funny, intimate and refreshingly real.

This was the last show of their NZ tour and they played a two-hour set with guitar and accordion. Most of the songs were from their new album Set Free, spread over a quieter first half and a louder second.  Grawlixes’ violinist, Alex Vaastra, had been called away on family duties, leaving Robin and Penelope to fill in the gaps, which they did with grace. They improvised melodies to make up for the missing violin and seemed totally at ease on stage, with their self-deprecating nature and sense of humility.  They were surprisingly happy to chat with the audience about the origins of the songs, considering the intimate subject matter of many of them.

There were many moments when both seemed to be enjoying their music and being on stage together.  The lyrics of Modern Boy, for example, generated knowing smiles between the two of them as Penelope sang about being in a relationship with “a boy of the ‘90s”. The autobiographical nature of the songs made for lots of laughs between the performers and the audience. There was an unspoken understanding, and at times a slight feeling of unease, as we realised these painful truths were about both singers. Early in the show, we were told that without the song Darling, which Penelope wrote for Robin before they were officially a couple, there would be no Grawlixes.  Considering how rare and brave it is for two people who were in a relationship with one another to continue to perform and make music together, and to use their tumultuous history as its inspiration, this would have been a huge loss.

As the second half drew to a close, after two Beatles covers and the hysterically dark Any Last Words, they promised to come back. I hope they do.